Update: August 13th 2016
I’ve had a few requests to post some photos of Peter’s Cellar upon completion.  And considering I’m currently seated at the Buffalo airport awaiting a flight to Orlando, what better way to keep my Blog updated, than by rehashing an older post.

My tiny pub is still a work in progress (and likely always will be), however if you scroll to the bottom, you can view the newest distraction to my Blogging regime.

Peter’s Cellar.  Not a bad name for a pub, a shed pub that is.  I don’t personally know many Peters, nor is this particular pub in a cellar, but I like the name, nonetheless.

If you’ve read my earlier posts you may be aware I began converting a backyard shed into a mini pub earlier this year.  And while progress has been slow, the project’s inching towards fruition.  Naming the miniscule rathskeller was my wife’s idea.  I had no desire to do so originally, but as I near completion, my mind contemplates all those wonderful bars and pubs I frequented in nights gone by.  The chosen epithet will be converted into a personalized bar sign, destined to hang prominently outside the 4-person (maximum-capacity) establishment.  An appropriate moniker is only fitting.

After a profusion of potential candidates, I shortlisted two, the latter preferred:

So what’s with the Peter Sellers’ references?

Good question.  The decision to dedicate my libation station to Sellers’ legacy was a surprise to me also.

I’ve been a fan since childhood.  A psychiatrist might suggest my viewing the film ‘Return of the Pink Panther’ in theatres 9 times as a kid, explains much about my adulthood eccentricities.  And while we all have our peculiarities, Peter Sellers had us all beat, in more ways than one. (9 remains my personal record although years later Pulp Fiction came in a close second at 7).

During the filming of the comedy ‘Murder by Death’ in 1976, Peter Sellers insisted his trailer be replaced with a unit larger than his co-stars.  He felt he deserved top billing. Considering the calibre of actors on set (David Niven, James Coco, Maggie Smith, Alec Guinness, Peter Falk, among others), the request was ludicrous, however to pacify the neurotic Sellers, producers found him a trailer six inches longer.

How’s that for unique insight into a comic genius?

I was aware Peter Sellers led a turbulent life, however it wasn’t until I read his biographies that I realized the extent of that turbulence – seatbelt light on, tray tables up, make your peace with God – turbulence.  Seller’s struggle with depression and mental health, his medical issues, occasional fits of rage and drug abuse, pursued him throughout his career.  Prone to mood swings both on and off set, Sellers was acutely insecure and unpredictable, both professionally and personally.  Superstition daunted him, and he routinely visited a fortune-teller for career advice (one who intentionally mislead Sellers by discussing the situation with his Agent beforehand and fabricating the ‘reading’ appropriately). 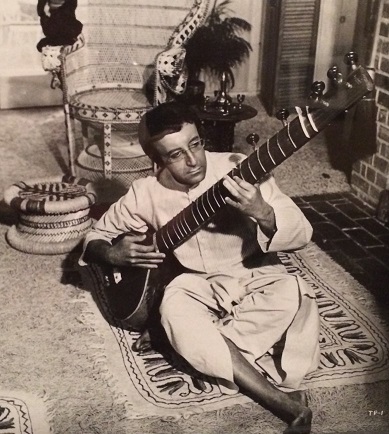 As a performer, Peter Sellers was a master, renowned for his ability to adopt the personalities of characters he portrayed, to become them implicitly.  To his discredit, this ability did not transfer into real life, as Sellers often quipped that he had no personality of his own.  A poignant response during a television interview, when asked who the real person behind the mask was, Sellers answered: “there is no me. I do not exist.”  The words spoke volumes, a comment said in jest, but revealing a great truth.

Goldie Hawn once described working with Sellers as ‘watching a grown man balanced on the edge of a pin’.

Aside from his mood swings and bouts of depression, Sellers suffered a string of heart attacks, his first at age 38.  As his career progressed and his personal and professional escapades continued, so did the heart attacks, until he succumbed in 1980, fresh off a best actor Golden Globe for the movie ‘Being There’.  On his fourth marriage by this time, Sellers had already disowned his three children, refusing to acknowledge them in his Will.

Years back I saw a television interview with Peter’s son Michael Sellers, who candidly explained how dad planned on leaving his children nothing, but on the advice of his lawyer, left them £800 each.  In the British legal system, only a complete disinheritance provided the legal grounds to contest a Will, and by bequeathing a paltry sum, Sellers guaranteed his Will would not be contested.  Not a nice way to be remembered.  His estate, worth millions, went to his 4th wife.

Sadly, Michael Sellers died of heart failure at the age of 52, exactly 26-years-to-the-day his father passed.  Peter Sellers died at 54.

Despite a chaotic life, Peter Sellers’ comic prowess, his timeless characters and genuine hilarity, are worthy of tribute.  For me, Peter Sellers was a significant inspiration, growing up in a time of unrestrained laughter, experiencing the wonder of life and infinite possibilities through the magic of film.  Movies like ‘The Party’ and the ‘Pink Panther’ series, are personal treasures.  I carried these nostalgic moments with me into adulthood, sharing the captivation and intrigue with a new generation, whenever they’d let me.  And I plan to continue well into old age, if the stars so align.  To senility and beyond!

I realize the subtlety of the name, and even the reference to the actor, will be lost on many younger readers, but I dedicate my tiny tavern to the memory of Peter Sellers.

Thanks for the laughter.

The images accompanying this post are my own, photos taken from my personal collection of memorabilia.