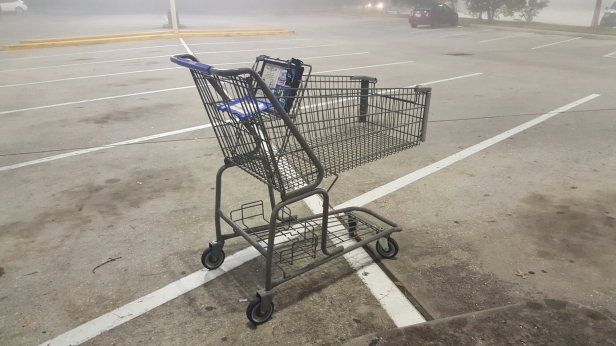 A few years back I was at the grocery store picking up some items.  As I waited patiently in the 10 items or less line, I couldn’t help but overhear the conversation between a customer ahead of me, and the cashier.  The perturbed patron, who looked to be in her late sixty’s, was vocalizing her displeasure with the apparent cost of an item. The young cashier, no more than 17, politely explained that the particular vegetable was no longer on sale, however the customer was undeterred.  Intrigued, I looked over at this point, spying the item in question – some type of giant elongated turnip, the likes of which I’d never seen before.  As the back and forth continued, it was to my chagrin that I realized the ensuing delay, and moreover the confirmation that I yet again picked the wrong check-out line, was all over a 50 cent price discrepancy.   And, as the others in line realized the breadth of the predicament, each cursed quietly under their breath, wondering why in God’s name they hadn’t chosen checkout number 3, which was moving at warp speed.

Eventually the turnip drama resolved itself, the boisterous lady appeased, and the line moved on.  When my turn came, I gave the young cashier a mild head shake, and an “all for a turnip” remark, assuring her of my unflinching moral support.

But it didn’t end there.

As I left the store and approached my car, I paused to watch as the Turnip Lady climbed into her white Lexus and pulled away, her errand complete.  It was then I noticed that she had neglected to return her shopping cart, the carriage left abandoned, like an obsolete relic, askew, taking up an entire parking spot, not 20 feet from the cart return area.

I shook my head, vigorously this time, returned the cart, and climbed into my car.

Minutes later, my thoughts elsewhere, I slowed for traffic only to realize I was directly behind the Lexus.  She’d put on her blinker, awaiting an opportunity to turn left into a driveway.

As she pulled into one of the most beautiful residences in town, a sprawling manor, huge circular driveway, wrought iron fencing, an acre of meticulously landscaped grounds.  I knew the home well.  It was a prominent century old estate on the main drag, a showpiece.  As a kid, it was my favorite house in town, a mansion by my standards, one I’d passed by many times and wished I could live in one day.

Only now, with the realization that my childhood dream home belonged to a pinchpenny, a shopping cart abandoning Turnip Queen, the magic dissipated.

And I wondered, as the honking of a car horn brought me back, had I lived my life arguing over 50 cents, had I cared about no one but myself, had I gorged on giant misshapen turnips, perhaps I’d have a mansion to call my own.

But at what cost?

I realize everyone has bad days.  I also believe casting stones based on presumptions and snap judgements is wrong.  And I am no saint.