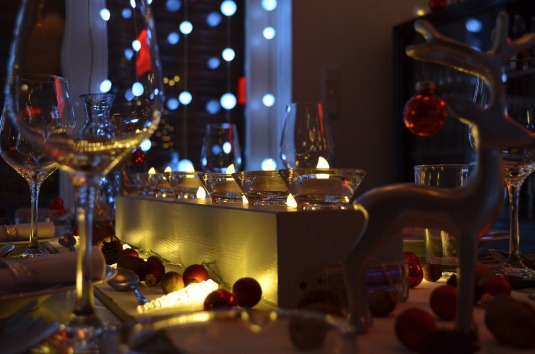 With December upon us, traditional seasonal movies and shows have begun to monopolize the entertainment spectrum within our household. Polar Express, our annual kick-off-the-season film, was scratched off the list last weekend, along with back-to-back animated UK shorts, The Snowman and Father Christmas, and the Netflix Special, A Very Murray Christmas.

Home Alone, Scrooged, and Christmas Eve on Sesame Street, are just a few that are on tap for this Saturday—amongst others.

I’d written previously on my Top Ten Christmas Movies, and despite the convenience (and appeal) of a quick re-blog, there was little value in regurgitating a prior post, especially since my picks remain solid—immovable, like a tongue frozen to a flag pole.

To mix things up a bit however, I delved a little deeper into my psyche, analyzing my selections; what I liked, who I liked, and why.

Which led me down the pathway of a fantastical, wish-upon-a-star, surreal daydream.

Who would I invite (mortality and my lack of wealth and power aside) to a highbrow—VIP, once-in-a-lifetime Christmas Eve dinner party, hosted by me, in my home.

I envisioned the setting.

It would be one for the books, to be sure.

My guest list is intentionally limited to (my personal) Holiday Classics, characters I grew up with and cherish to this day.

And to dispel any misogynistic accusations;

And there you have it.

If you happen to be around on the 24th, and you’re so inclined, I may be able to squeeze in an extra place setting—as long as you don’t mind sitting beside cousin Eddie.

Something tells me these cats drink a lot of wine.