I recently surpassed 1000 followers on Twitter. For those of you with multiple thousands, I hear your snickering, but for me, this was a significant achievement, at least I thought so initially.  I joined Twitter in January of this year, primarily as a social media outlet to promote my Blog, and while I post occasionally, I am not the most active or aggressive member on the perch.

After experiencing a momentary euphoric high for hitting 1000, I stepped back and contemplated the benefits of loyal Twitter fellowship.  Reality crystallized when I took an honest assessment of my situation.  Despite 1000 virtual connections, on average, I’m lucky if two people acknowledge a tweet of mine on any given day.  The norm is usually no response, no shred of evidence that my hilarious barb or inspired muse prompted a single view.  In other words, a response-to-tweet ratio of .002 %.  Perhaps I’m just not that funny, or maybe what I find thought-provoking, amusing, or share-worthy, is not.  Whatever the case may be, I hold no allusions that followers are staring transfixed at their screens, awaiting my next nugget of inspired wisdom, creative genius, or witty meme.  Not happening.

And that’s okay.  For me, Twitter is merely a social media tool, and I’m good with that.  With my Blog’s one-year anniversary approaching, I’m content to occasionally ease up on the marketing side, in favor of quality control, and a handful of subscribers.

In the early days, I was careful to screen potential Twitter followers before following back.  Not that I’m a snob or prude, just that I’m not particularly interested in having my feed flooded with celebrity gossip or your daily dose of soft porn.  After a while however, reviewing potential followers became tedious, and I started clicking ‘follow back’ on the lone condition that the person’s moniker and Avatar fell within the obscure realm of a PG 13 rating.  This strategy worked initially, until I started to become inundated with followers from a particularly large non-English speaking country.  While I welcomed the attention at first, I eventually had to pause to ponder the reason for my sudden rise in popularity abroad.  It wasn’t my dynamic bio or photo, nor my credentials, but I went with it, happily watching my numbers climb.

Then a funny thing happened.

The day I broke the millennial threshold, I went to bed with 1011 followers, and woke up to 947.

While losing followers is not unusual, having 6% of your entire flock abandon you in a matter of hours, was a quandary.

When I checked, sure enough, 58 of the 64 were my recent non-English followers.  Though curious, I didn’t agonize over my fall from grace.  I knew with hard work and determination (insert laugh here) I would once again conquer the peak.  While I had a theory on the sudden orchestrated mass departure, I didn’t fret or over-analyze the matter, opting to side with coincidence, and leaving it at that.

And then something even funnier happened.

Less than 24 hours after my tumble off millennial hill, I was back up to 1068 followers.

How was this possible?

Did they come back?

Did I buy followers?

Unexpectedly, after following a couple of Tweeters from Turkey days earlier, I gained popularity with the Istanbul Twitter crowd.  Follower after follower, each with a Turkish language bio I couldn’t understand, became my pal.  And just like that, I was climbing the charts again.  Who’d have figured?  Abandoned by one non-English speaking nation, adopted by another. 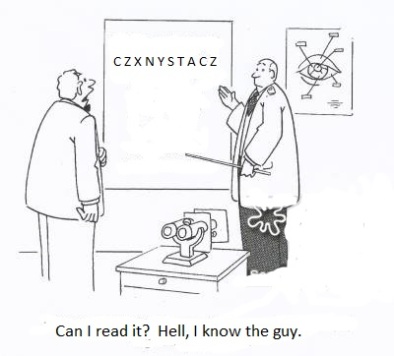 .
Perhaps it’s my incomprehensible surname, possibly my inherited Eastern European charm and good looks, but most likely it’s Twitter’s propagation engine at work, increasing their global net worth, one international follow at a time.

And so here I am, chasing my next thousand.

I’m no Twitter guru, in fact I underuse the medium, but the experience thus far has been worthwhile.  My response-to-tweet ratio remains miniscule, but you get out what you put in.  Thank you to all my followers, and especially my Turkish friends for pulling me up when all seemed lost.

To my next thousand,

And to my shameless plug – Follow me at @MikeSenczyszak